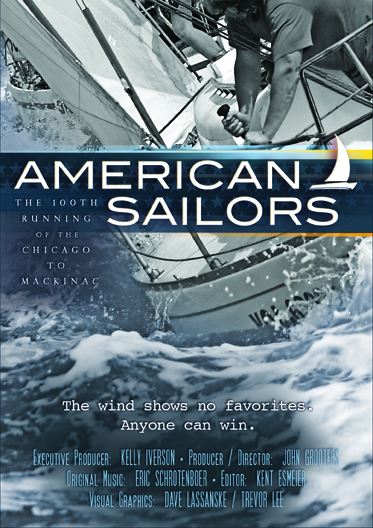 The wind shows no favorites. Anyone can win.

American Sailors takes you on board and behind the scenes as four great skippers prepare for and race their boats in the longest and oldest freshwater race in the world.

The Chicago Yacht Club expanded the field to more than 400 boats for the historic 100th running of the magnificent race from Navy Pier in Chicago to beautiful Mackinac Island. See and experience the race as never before, aboard the Windquest (the previous year's overall winner), the Windancer (John Nedeau races his record 61st Mac), the Peerless (with first time skipper Brian Torreson), and the Souvenir (skippered by school teach Steve Schiller).

There's no better seat in the house to see a yacht race for what it is - a test of skill, teamwork, and technology, all at the mercy of the unpredictable wind.