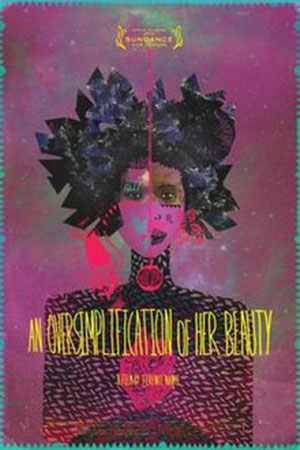 An Oversimplification of Her Beauty

How would you Feel?

You've just arrived home after a bad day. You're broke and lonely, even though you live in the biggest and busiest city in America. You do, however, have one cause for mild optimism: you seem to have captured the attention of an intriguing young lady. You've rushed home to clean your apartment before she comes over. In your haste, you see that you've missed a call. There's a voice mail; she tells you that she wont be seeing you tonight.

With arresting insight, vulnerability, and a delightful sense of humor, Terence Nance's explosively creative debut feature, AN OVERSIMPLIFICATION OF HER BEAUTY, documents the relationship between Terence and a lovely young woman (Namik Minter) as it teeters on the divide between platonic and romantic. Utilizing a tapestry of live action and various styles of animation, Terence explores the fantasies, emotions, and memories that race through his mind during a singular moment in time.